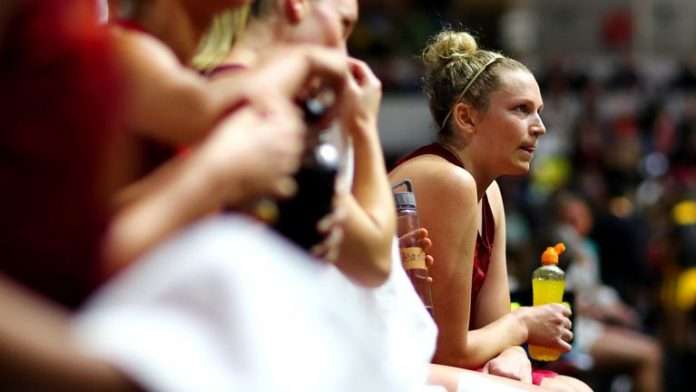 THE NEW WILL POWER – Auto Action

Watch the second and third Tests between England and Jamaica live on Sky Sports on Saturday and Sunday; the Vitality Roses have a 1-0 lead in the three-Test series after a 55-45 win at the Copper Box Arena

Jo Harten looks ahead to England Vitality Roses’ second Test against Jamaica, in which the Roses have the chance to win the three-Test series with a game to spare.

The 32-year-old, who has over 100 caps for her country, made her Roses return during the team’s opening Test against the Sunshine Girls.

With Harten living in Sydney and plying her trade in Suncorp Super Netball, the international was her first outing for England since the Netball World Cup in 2019.

“It was quite emotional when Jess [Thirlby] announced the starting seven,” Harten told Sky Sports after the team’s 55-45 victory at the Copper Box Arena.

“There was a point over the last couple of years when I thought that I might not ever play for England again. COVID has thrown up a lot of different scenarios, for a lot of different people and living in Sydney now has made things challenging.

“It was an honour, as always, to put on the Red Dress, step out with some of my best mates and try and do our country proud.”

England vs Jamaica – Live on Sky Sports and streamed on YouTube

Harten is widely regarded as one of the best players in world netball and with a wealth of experience in the bank, it was a surprise to see some nerves and missed shots during the opening stages of the match.

“We were playing against a world-class defence,” she said. “Shamera Sterling is often ranked as the best goal keeper in the world and they have Kadie-Ann Dehaney who I play against in Suncorp Super Netball, so they’re a strong unit.

“I think that we needed a bit more time to work around them, instead of through them. There’s so much that we can fix for the next fixture.” 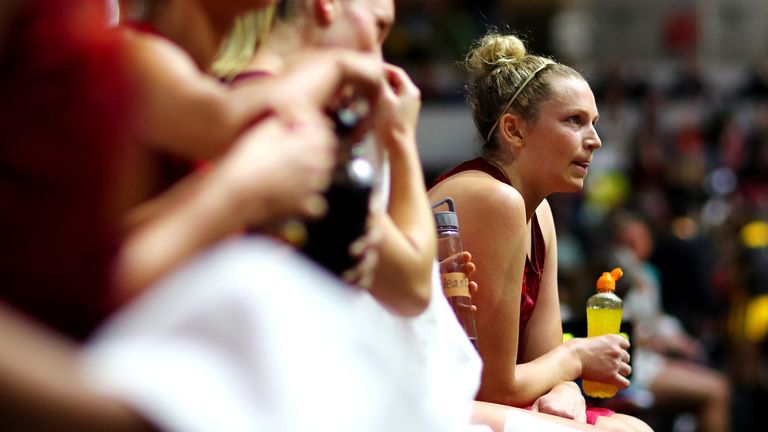 We’ve got super high standards in our group and we know that we didn’t meet them, especially in attack. I don’t have to look at the stats, I know. There are no excuses, we’re representing our country. There’s still a lot of potential [to do better], which is the main thing.

At the Copper Box Arena, Harten started as goal shooter with Helen Housby as her goal attack. The Harten and Housby combination is so well-known and established that it even has its own nickname – H2.

However, the presence of Sterling and Dehaney – plus not having played together for two-and-a-half years – meant that England’s attack didn’t click during the first half.

“It was an exciting introduction of El at goal attack, which was a masterstroke by Jess. El came on and gave us some really good energy.

“She gave us some strength in the circle and that was the calming factor we needed. I’ve had a couple of practice matches with El over the last couple of weeks and everything I’ve seen from her is really positive.”

Watch the second and third Tests live on Sky Sports and streamed on YouTube on December 4 and 5. pic.twitter.com/7IVHToVoFQ

Thirlby also had George Fisher, who has been making waves in New Zealand’s ANZ Premiership, to call upon too.

England’s strength in depth, across all areas of the court and not just in their shooting end, is greater than it has ever been. The result is that Thirlby’s job as head coach is getting more challenging by the minute.

On Saturday, does she stick with a Harten and Cardwell combination or does she give Harten and Housby more time for their connection to continue to re-form?

In defence, Eboni Usoro-Brown’s second-half presence in London shut the route into Jhaniele Fowler and allowed Layla Guscoth and Beth Cobden to excel. So, will Usoro-Brown start in Nottingham or will Stacey Francis-Bayman kick things off and Usoro-Brown take the second half?

Then, how will Thirlby approach other members of her squad? England’s most-capped player Jade Clarke didn’t feature in the match-day 12 in London, while Fran Williams, Laura Malcolm and Fisher didn’t take to court.

Only the head coach will know what her objectives and approach are moving into the second and third Tests. A victory on Saturday would secure the series with a match to go and that could result in personnel changes on Sunday.

Equally, if Jamaica win on Saturday and level the series, Thirlby’s team will have a winner-takes-all contest on their hands. A series-decider would be a chance to replicate the intensity and pressure they’ll face at next year’s Commonwealth Games.

Jamaica are the fourth-ranked team in the world, they love playing against England and they’ll have taken a great deal from the first Test in London too.

With fans back in the stands and England’s players wanting to prove that they can produce a lot more than they displayed at the Copper Box Arena, the stage is set for two enthralling contests.

Watch the second and third Tests between England and Jamaica, live on Sky Sports Arena and Mix on Saturday and Sunday. The Tests will also be streamed on the Sky Sports YouTube channel for viewers in the UK and Ireland, coverage starts at 3.45pm on both days.