Bette Norman packed up and moved away from her hometown of Sydney, N.S., nearly five decades ago.

Like many people who grew up in Cape Breton’s Whitney Pier neighbourhood, Norman and her husband headed to Ontario in the 1970s in search of steady work following the area’s industrial decline.

“We always said we would keep coming back,” Norman said. “Seeing old faces, the love that everybody has for the community. It’s just a different world here.”

One of the ways Norman’s family has stayed rooted within Whitney Pier is through the Sydney-Toronto reunion that is now running until Aug. 6.

The gathering, held every five years, was dreamed up by former Whitney Pier resident Jerome Moe after he moved to Toronto.

Among the Sydney-Toronto reunion activities that were held Saturday was a children’s bazzar held in memory Valerie Green, a former volunteer and Whitney Pier community member, who died in 2019. (Erin Pottie/CBC)

Moe gathered a group of 12 people to organize the first event in 1985 to coincide with Sydney’s bicentennial year.

The group that was then known as the Sydney Toronto Association began organizing the reunion as a way to reunite former and current residents of Sydney’s Black community.

During the late 19th and early 20th centuries, thousands of immigrants from Europe, the West Indies, the United States and elsewhere came to Cape Breton to work within its iron and steel sites.

Many of those workers settled in Whitney Pier, and their numbers helped it grow into one of the most ethnically diverse districts in the Maritimes.

Norman said the Sydney-Toronto reunion is now a gathering for all.

“It’s not just for the people of the Pier, it’s for everybody from Sydney or surrounding areas — we welcome everyone,” she said. 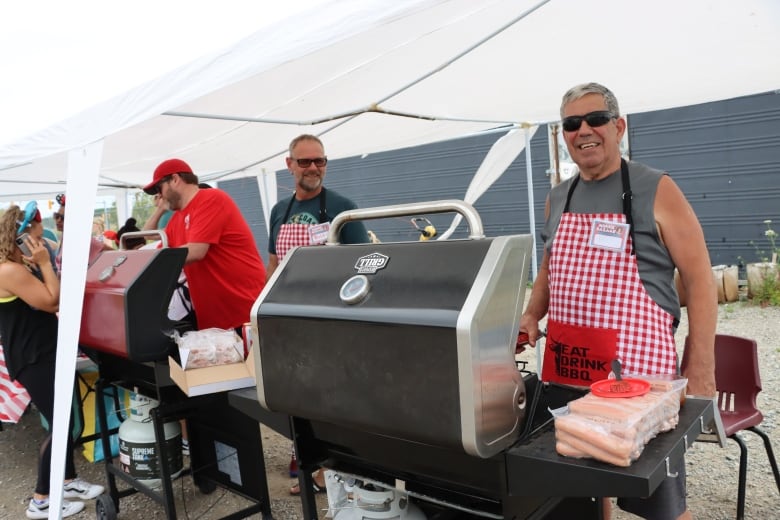 Norman was joined at Saturday’s events by her daughter, Tera Beljo, who was visiting Cape Breton for the first time in more than 20 years.

Beljo brought her two sons to teach them about their heritage.

“This is their home, too,” she said. “I want them to feel when they’re 40 that they can come back to the reunion and be a part of it, and feel part of this community.”

Norman said many of the people who founded the Sydney-Toronto reunion have died.

But she believes the tradition will continue as many young people in the community are now helping out.

“I think we have the momentum in the community to pick up and keep on going,” said Norman.

“It may not be the same every year, but I think people will carry it on because they like seeing people come home.”