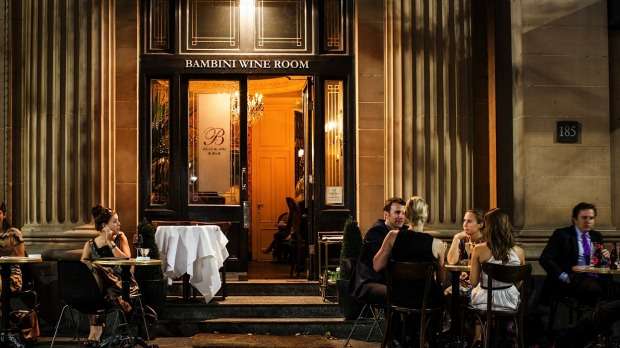 At the start of its quarter-century run (and counting), Bambini Trust sat at the vanguard of a new generation of Euro-style eateries populating Sydney.

The duo will swing open the doors on a sibling venture, Riviera Dining, in the CBD in September.

The choice of Phillip Street (they’ve taken the former site of Silks cafe) is something of a homecoming for Angela Potts, who started her Sydney hospitality journey on the strip 30 years ago, with her Simpatico cafe venture. “They used to call me the Cappuccino Queen of Phillip Street,” she says.

More casual than Bambini Trust, Riviera Dining will position itself as an all-day diner tapping the cooking of the French and Italian rivieras. “We’ve got a pizza oven on a slow ship from Italy,” she says.

While they looked at other sites around the CBD, Potts says Phillip Street’s location, next to the Supreme Court of NSW and surrounded by barristers’ chambers, appealed.

“I do love lawyers as clients,” she says. “They like quality and they like to eat and drink at different times of the day.”

The site – which includes a vault from another life as a bank – is receiving a major makeover bringing in the azure, terracotta and “green-blues” of the Mediterranean.

Riviera Dining is expected to open at 170 Phillip Street, Sydney, in September.