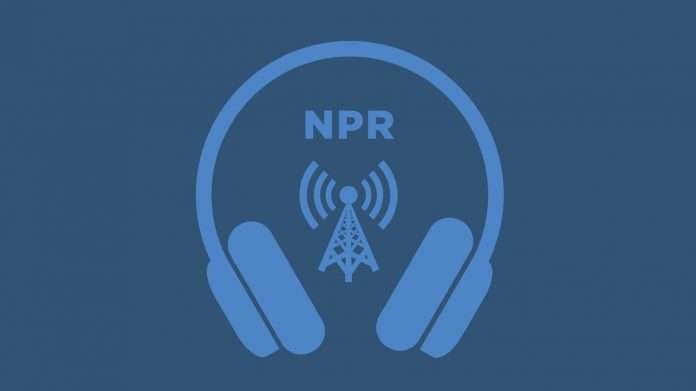 Laser technology is being used to more accurately measure mountain snowpack — crucial information for farmers and water managers in drought-stricken areas like the Colorado River Basin.

Let’s escape now to Colorado, where some mountains are still covered with snow. Scientists there have been using lasers aimed from airplanes to assess how much water is in that snow. It’s crucial information for the drought-stricken Colorado River Basin. Stephanie Maltarich reports from high in the rocky mountains.

STEPHANIE MALTARICH, BYLINE: This spring, in an alpine basin at 10,000 feet above sea level in Colorado’s Elk Mountains, Jeff Deems is skiing across the blindingly white landscape, looking for a place where he can dig a hole in the snow. When he finds the perfect spot, he clicks out of his skis, unzips his backpack and catches his breath in the thin air. Deems co-founded a company called Airborne Snow Observatories. They fly planes over mountains and shoot lasers at the ground when it’s covered in snow. It’s called lidar, and Deems’ company is the first to use it to measure mountain snowpack on a large scale.

JEFF DEEMS: What we’re really interested in, though, is snow-water equivalent – that is, the amount of water you would actually have if you melted the snowpack down.

MALTARICH: That information is crucial for farmers, hydroelectric dam operators and anyone who drinks water, especially here at the top of the Colorado River Basin, where a drought has shrunk America’s two largest reservoirs to their lowest levels ever. Since the late 1970s, scientists and water managers have relied on little boxes full of panels and sensors located throughout the mountains, called SNOTEL sites, to get data. They measure snowfall hourly during the winter. While SNOTEL sites remain an important tool, they only tell part of the whole story.

DEEMS: They’re measuring continuously, but only at one location.

MALTARICH: The locations are only about nine square feet, so water managers have to make educated guesses about how much snow covers an entire watershed. Deems says lidar makes it so scientists don’t have to guess. The lasers are 98% accurate and provide a full accounting of water in high alpine environments. As climate change makes snowfall less certain, it’s essential to understand the big picture view rather than a single point.

MALTARICH: Lidar still requires some on-the-ground validation, which is why Deems is digging a snow pit before his team flies over one of the headwaters of the Colorado River.

MALTARICH: At the small airport in the valley below, Dan Berisford a, research engineer, and operations scientist Grayson Dozier are tinkering with equipment mounted inside the four-seater airplane that carries the lasers.

DAN BERISFORD: We have three classes of instrument on board, really. So we have the lidar, which is the laser…

MALTARICH: Each flight takes about four or five hours, and they collect a lot of information.

BERISFORD: And I guess these days we’re collecting something like two terabytes per flight of data.

GRAYSON DOZIER: A terabyte can hold a thousand copies of the Encyclopedia Britannica.

BERISFORD: And that all gets reduced into a few numbers.

MALTARICH: Dozier says the job is more than a joyride. It’s a long day in a small plane with a lot of responsibility. Each flight costs about 50 to a hundred thousand dollars. It takes a few days to crunch all the data Airborne Snow Observatories brings back from a single flight, but its precision and scope is valuable. After working on the technology for nearly a decade, the company’s co-founder, Jeff Deems, is glad it’s taking hold.

DEEMS: We’ve really evolved from the proof of concept of, look at this new technology, what can we do with it? – to, yes, this is a critical measurement going forward.

MALTARICH: Colorado just awarded a $1.9 million grant to increase lidar flights, and California is making plans for the company to map every mountain basin in the state.